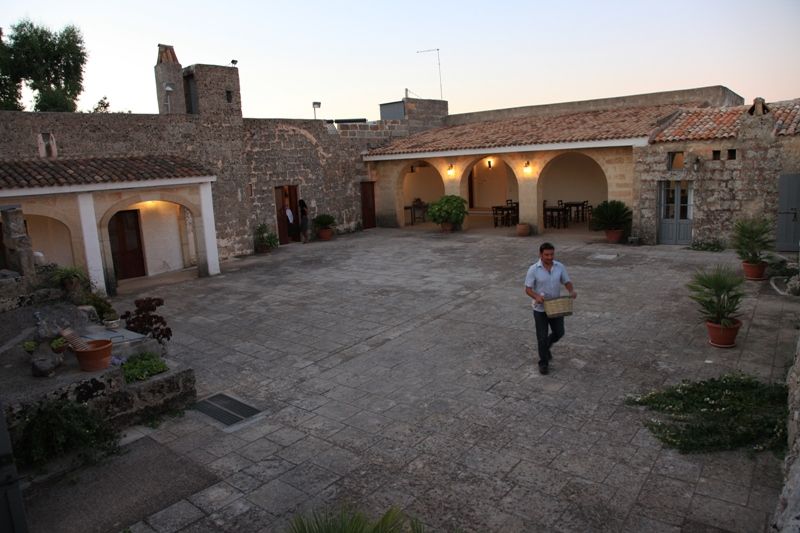 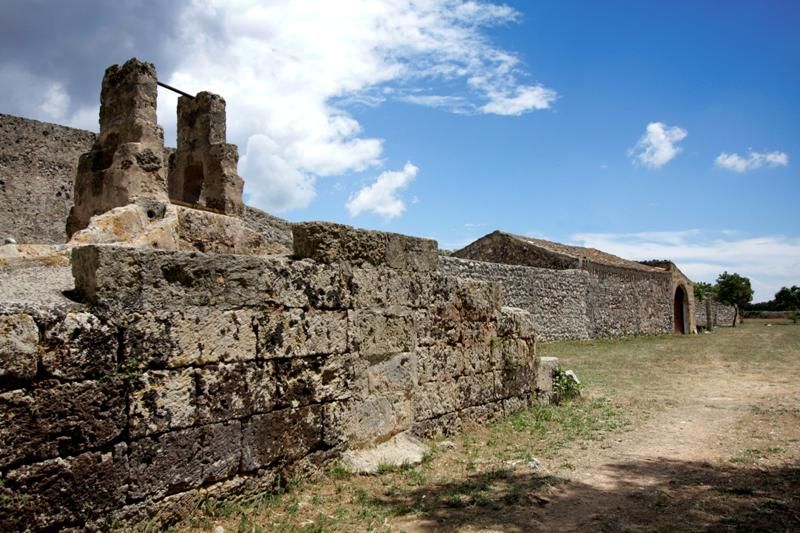 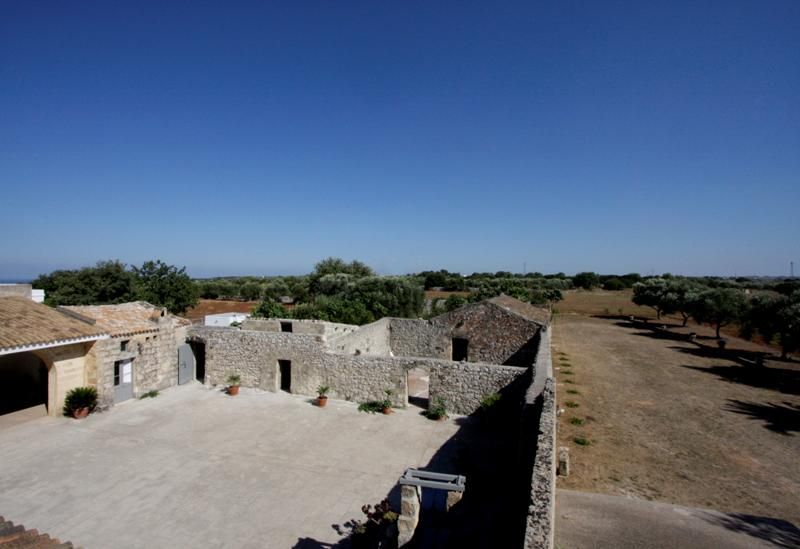 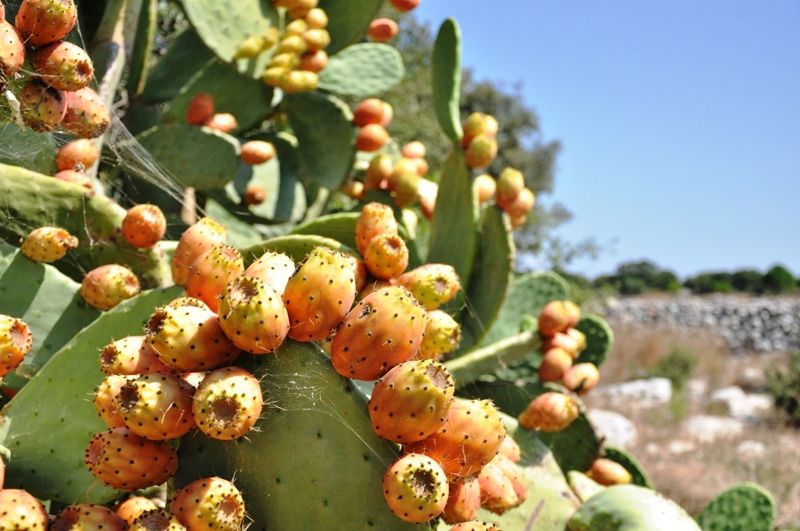 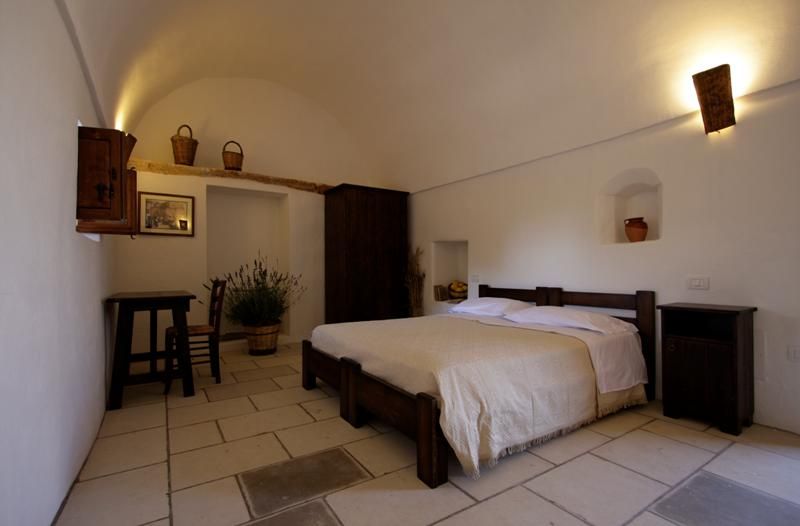 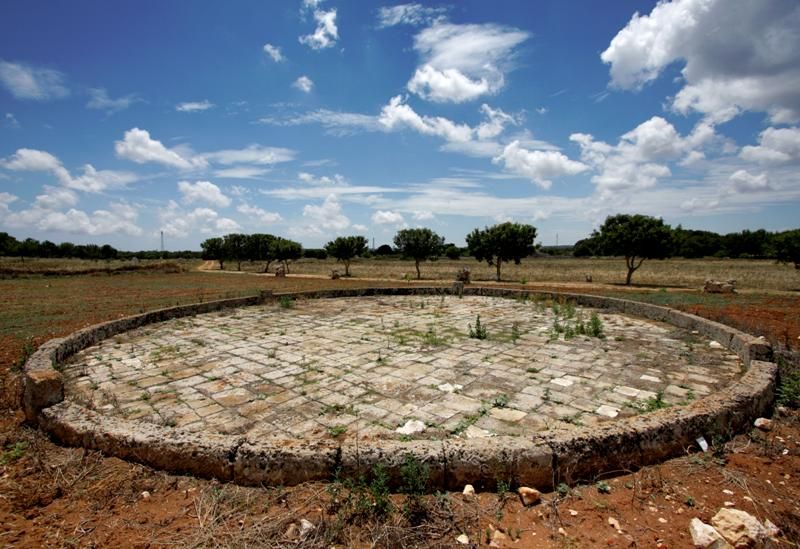 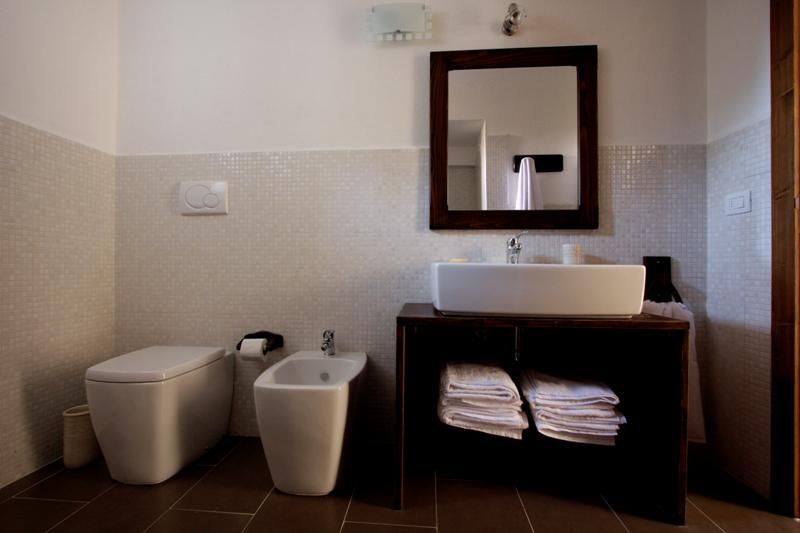 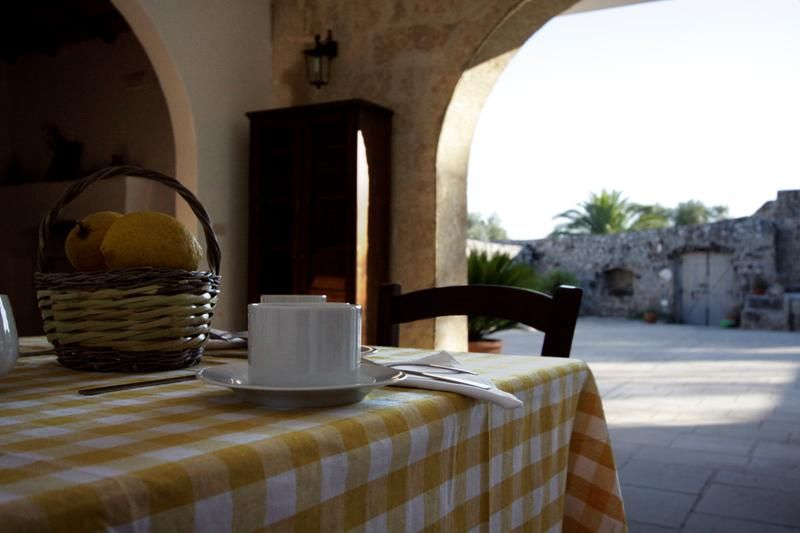 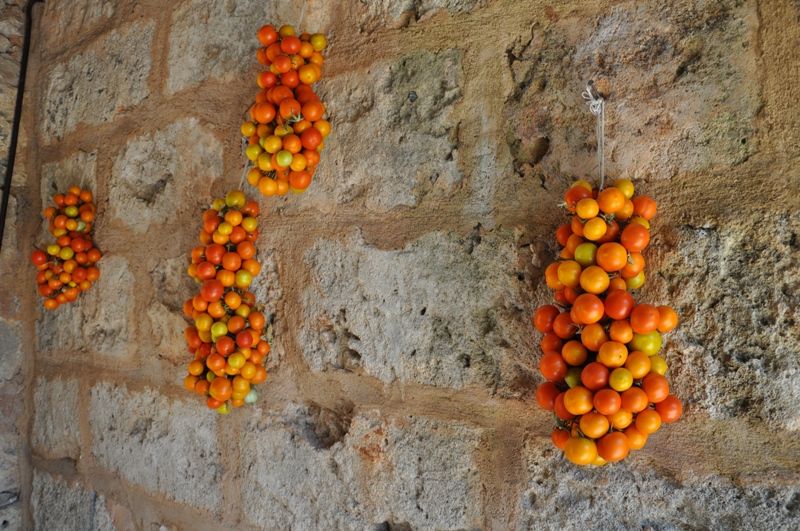 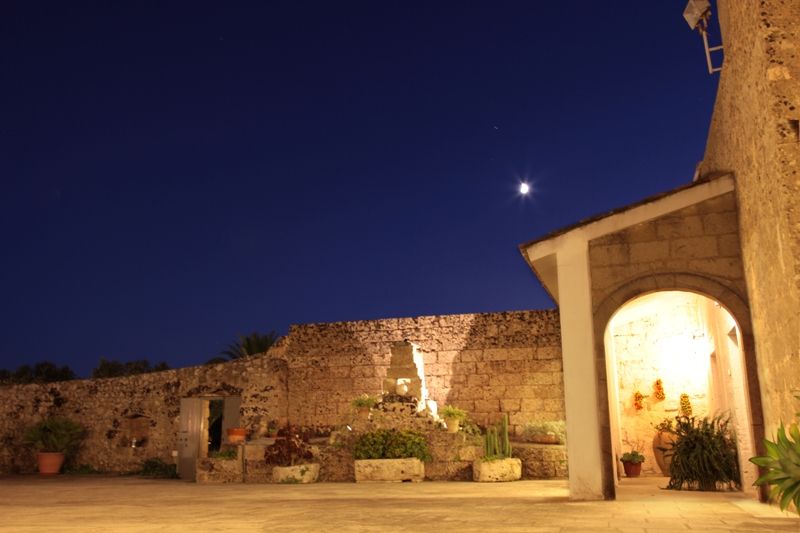 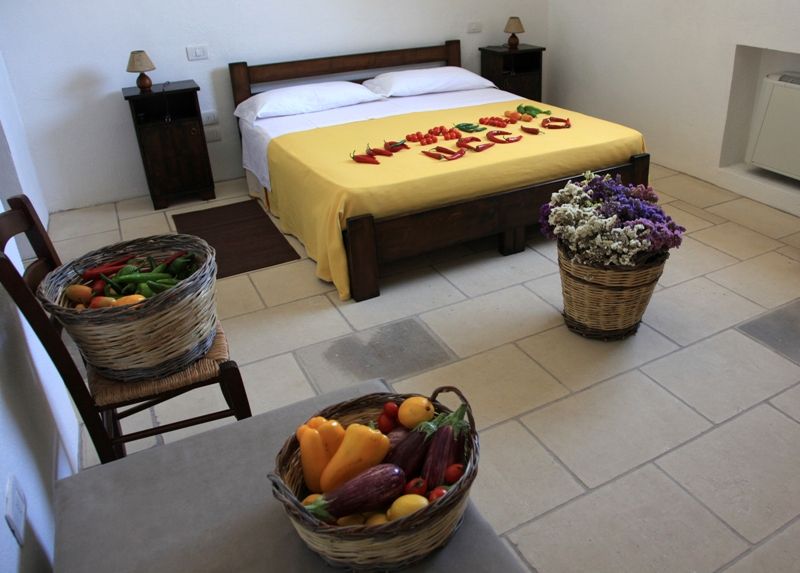 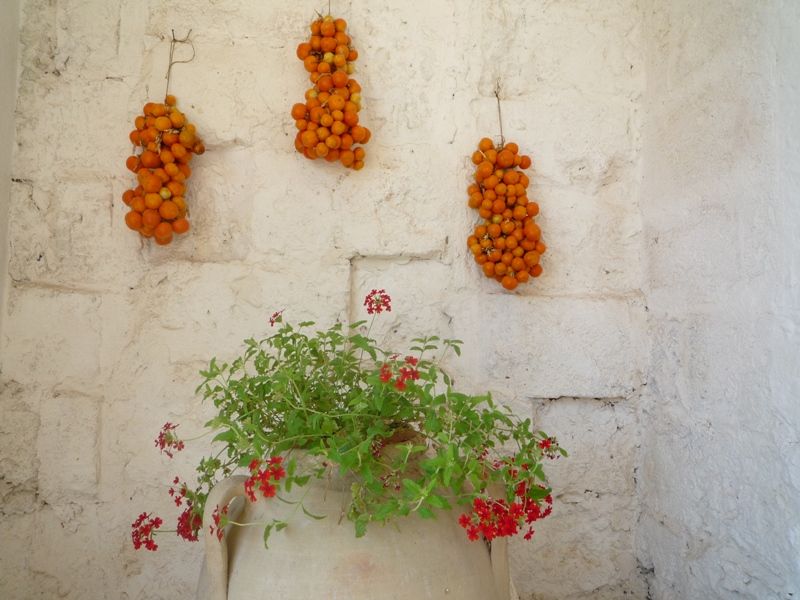 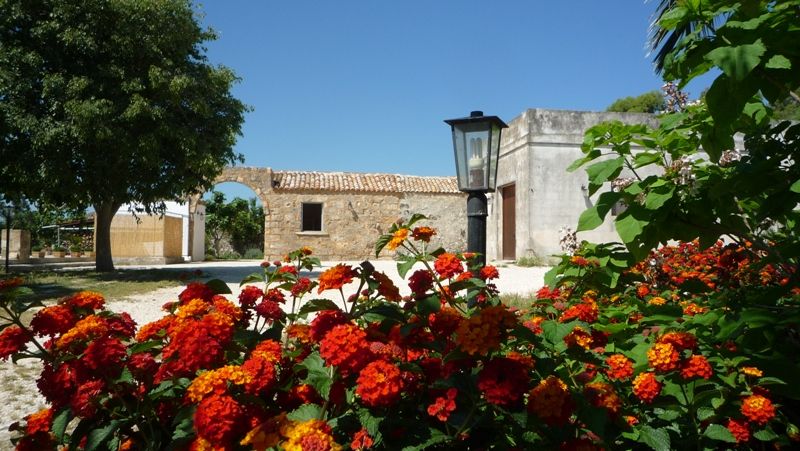 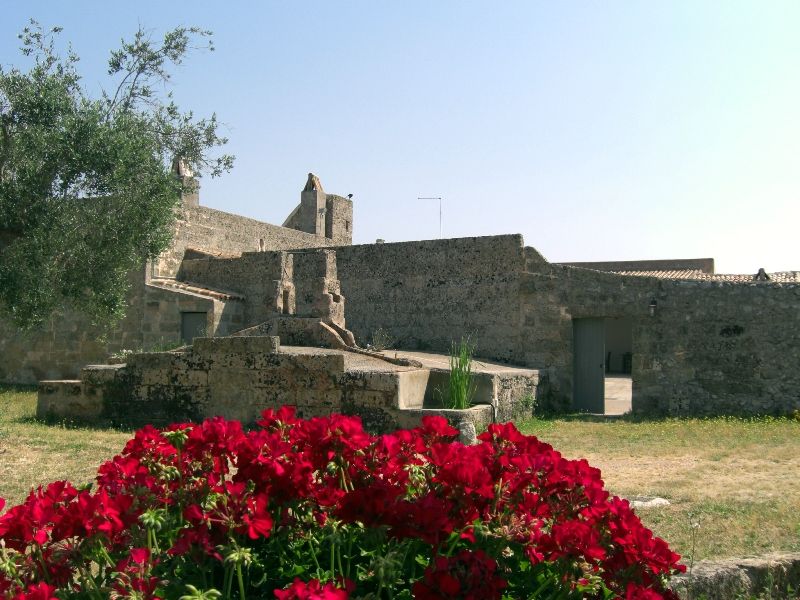 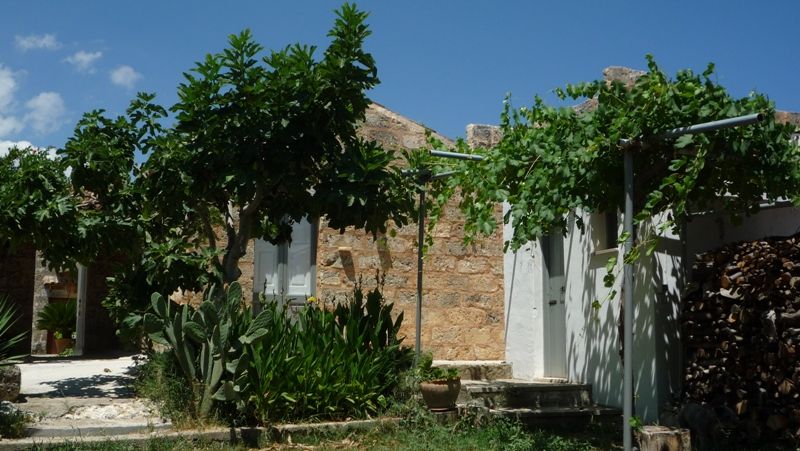 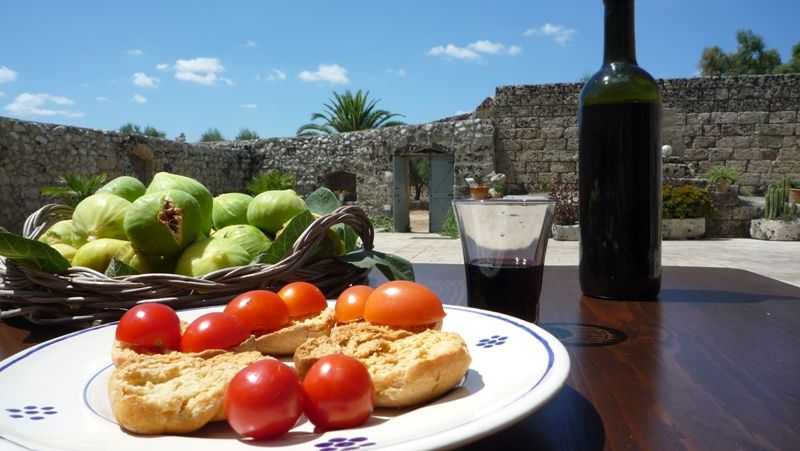 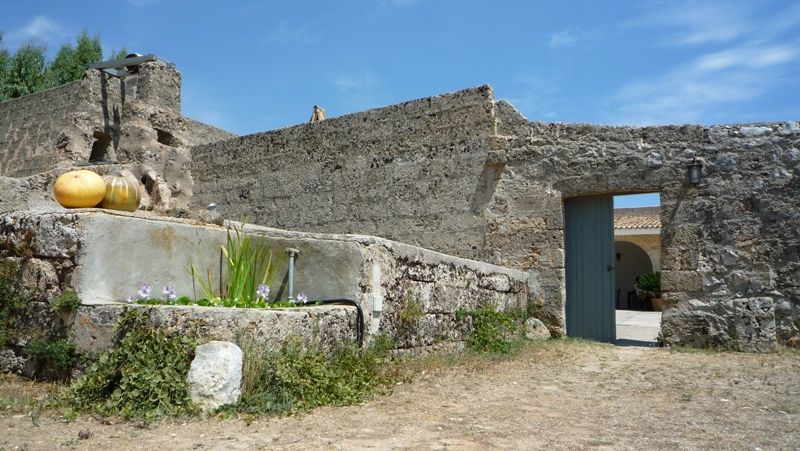 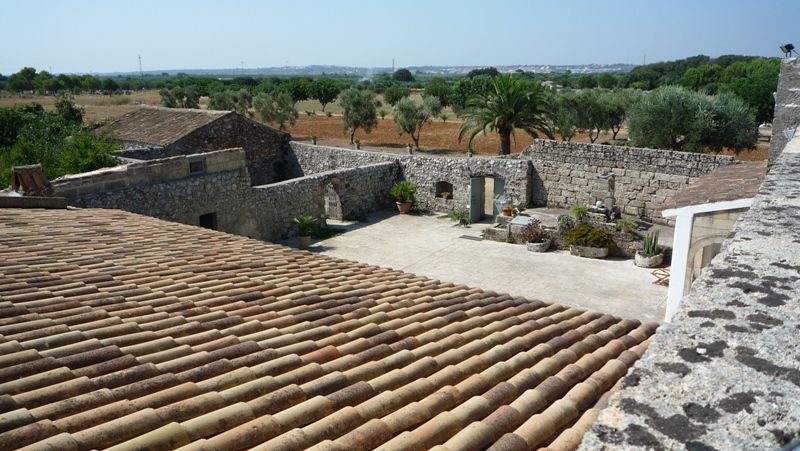 Immersed in the red land of Salento, among olive trees, Indian figs and fruit trees, situated in a privileged position on a hill, Masseria Uccio enables every guest to enjoy the silence and calm of the countryside. Entirely realized with local stones, the ancient building shows the signs of the time gone by. A small wooden main door leads to a large quadrangular courtyard from which the places once dedicated to the farmer’s various activities: the rooms where he slept with his family, the stalls, the sheepfolds, the tool-sheds and a kitchen with a large fireplace for the production of cheese.

It is an overall harmonious and pleasing building with its rural characteristics, enhanced by the beautiful star and barrel ceilings and by the dry walls built with effort by the peasants only with inserted stones. Masseria Uccio is located in Salento, amongst Otranto, Gallipoli and Santa Maria di Leuca.

It is a typical rural building in the inland of Salento whose origins date back to the XVII century, with a courtyard which was restructured in full compliance with its origins and the spirit of the place. Deep in the peace and calm of the countryside, it is the ideal place for holidays for people keen on rural tourism, as well as for those who wish to live in full contact of nature and fall asleep in a silence broken by the pleasant singing of crickets and cicadas.

In the morning an agreeable awakening is guaranteed by a rich breakfast made of genuine and homemade products and fruits picked from the surrounding land the same day. Masseria Uccio is one of the few Masserie in Salento with a view on the sea.

The nearest resorts are only three kilometers away, easily reachable by car or, for willing people, by bicycle, gladdened by the view of “pajare”, stone walls and ancient “masserie”, through several country paths which make up the cycling route around the bed & breakfast.

In addition, its strategic position amongst Otranto, Gallipoli and Santa Maria di Leuca offers the opportunity to easily arrive at the most interesting places in Salento, a land full of history, tradition, culture and fragrances.

The rooms, obtained from an ambience once dedicated to agricultural activities (the massaro and his family’s house, the stables and the sheepfolds, the storehouse), maintain the architectural forms and the ancient atmospheres of the place. A light renovation intervention enabled the property to revisit these areas maintaining their ancient essence.

The architectural shapes and the geometries of the place have remained unchanged. Everything has been preserved, respected and enhanced. The work carried out by wise local artisans allowed the preservation of the fireplaces made of stones, the niches dug-out in the walls, the tanks, the ancient vaults, all witnessing a modest peasant life in a distant past.

Many “agriturismo” of Salento, many “masseria” in Apulia, as well as some bed and breakfast in the country propose the bicycle as a nice physical activity ideal for everyone, also considering that the Apulian land is mostly plan. The cycle-tourist paths proposed by Masseria Uccio intend to offer to the guests of the farm holidays the opportunity to discover some less known and more hidden rural sights of “Puglia” such as “masserie”, “trulli”, ancient rural houses, rocky sites, crypts, etc… There are many sites still not adequately indicated in Salento, as well as in all Apulia land: abandoned masserias, coast towers, medieval castles, hypogeal oil-press and breathtaking beauty spots.
Some of the paths are near to gastronomic apulian sights as masserie or Salento farm holidays where it is possible to taste biological agricultural products.
Staying in Apulia in a “Masseria”, waking up in the morning and ride a mountain bike, pedalling along ancient ways bordered by stone walls, among century-old olive trees and ancient trulli of Salento land is an unique experience.

Immersed in the red land of Salento, among olive trees, Indian figs and fruit trees, situated in a privileged position on a hill, Masseria Uccio ena [..]

from €40
Book Now
6 people have already booked this property