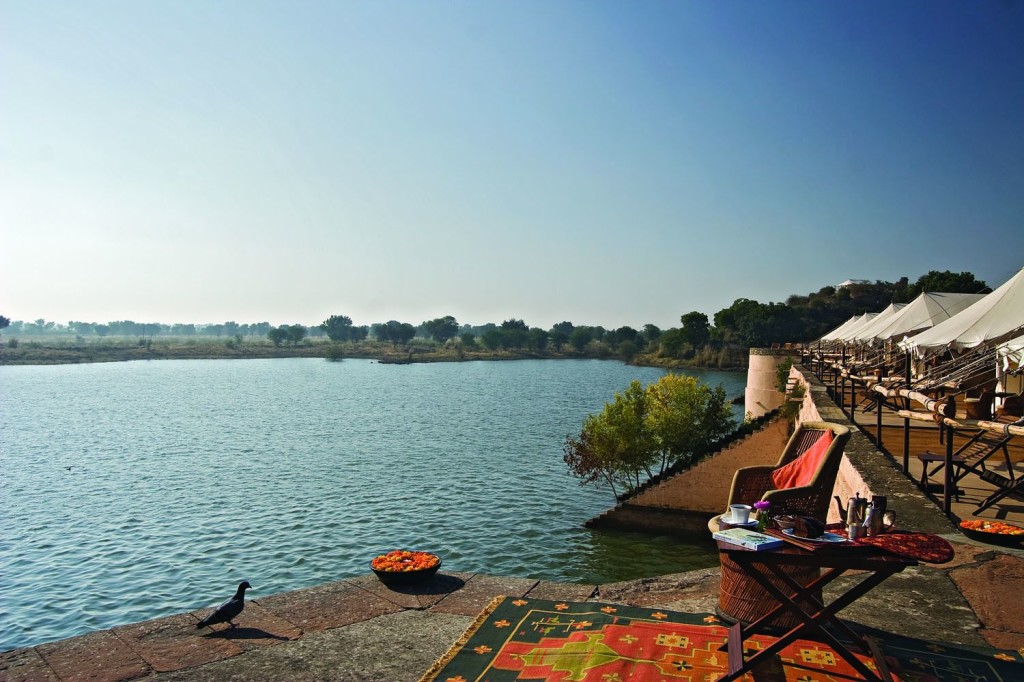 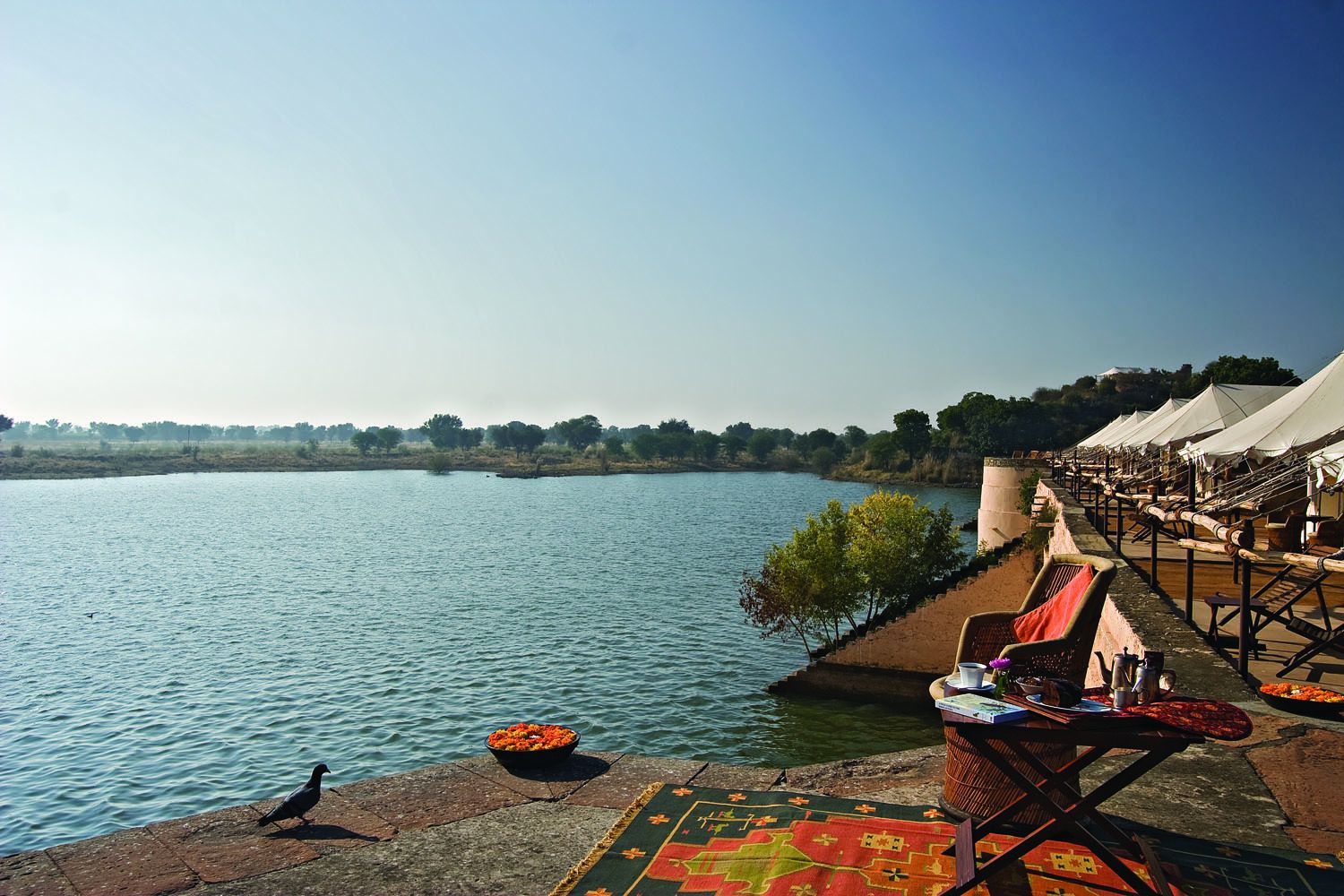 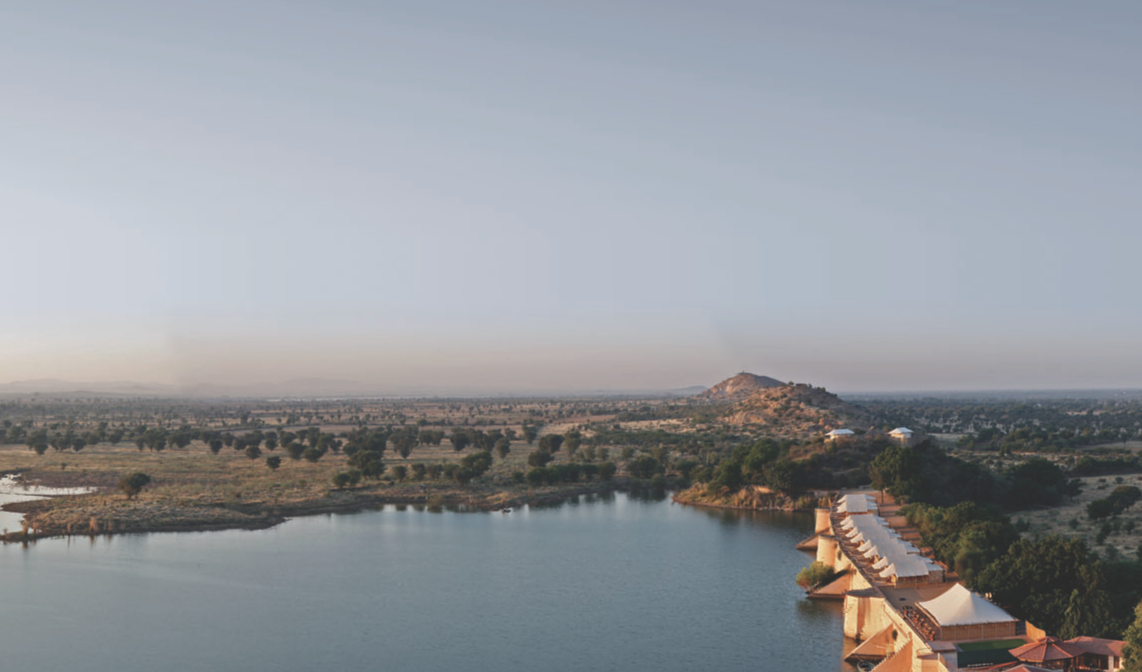 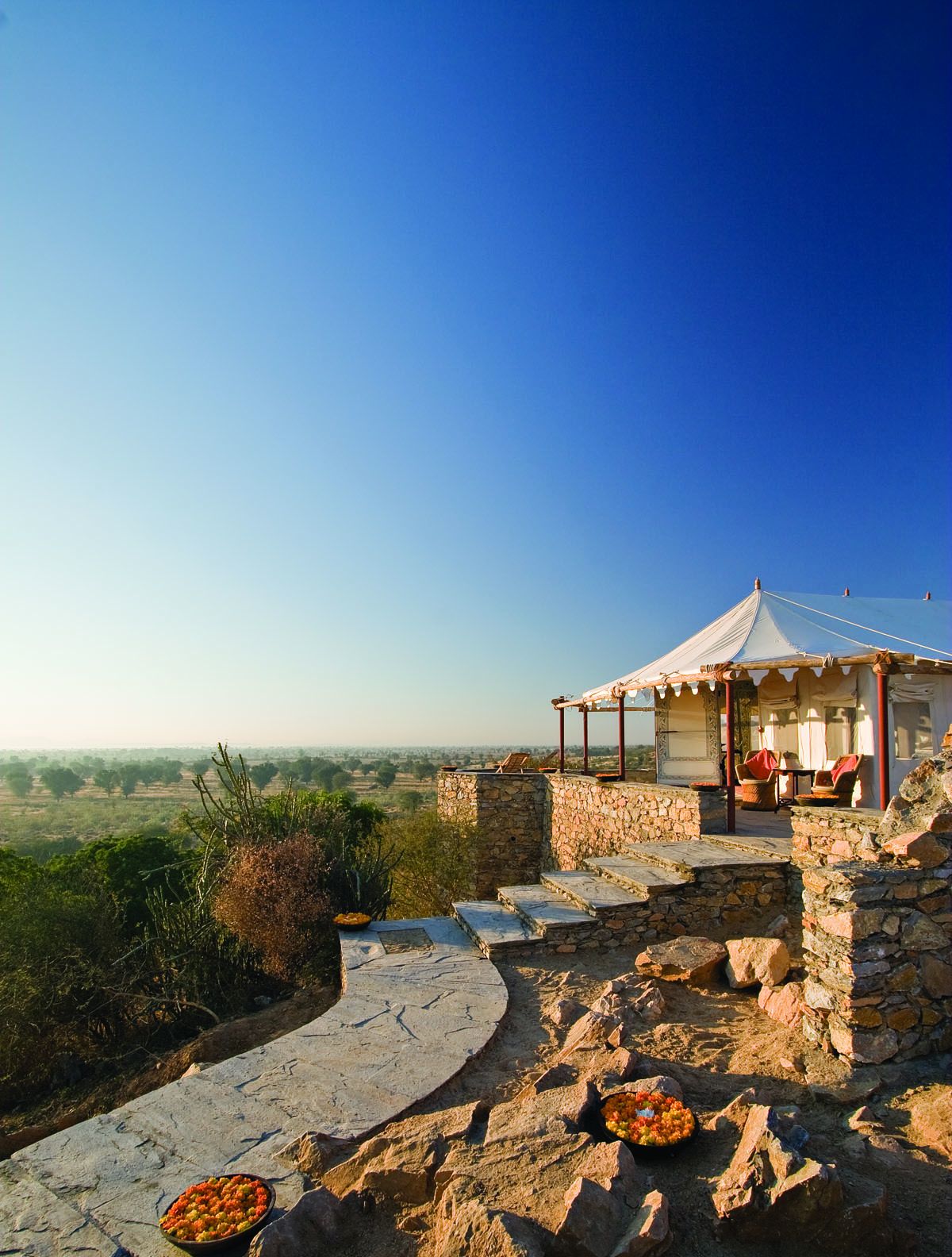 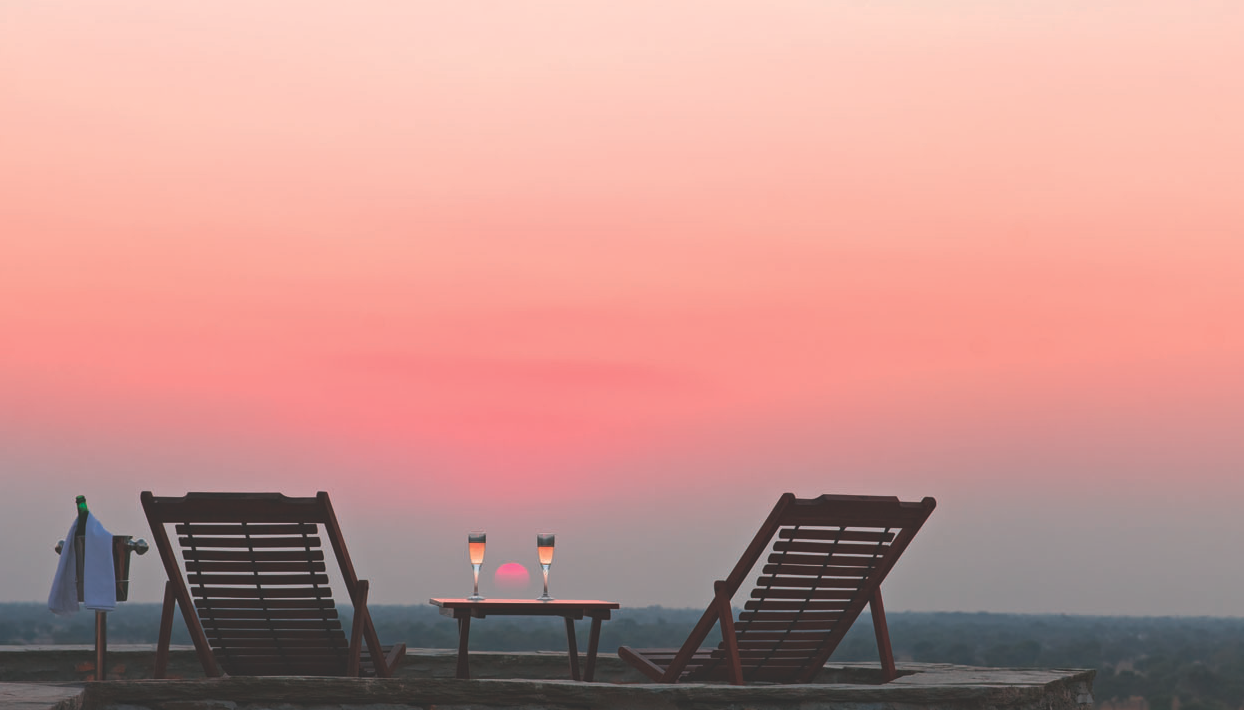 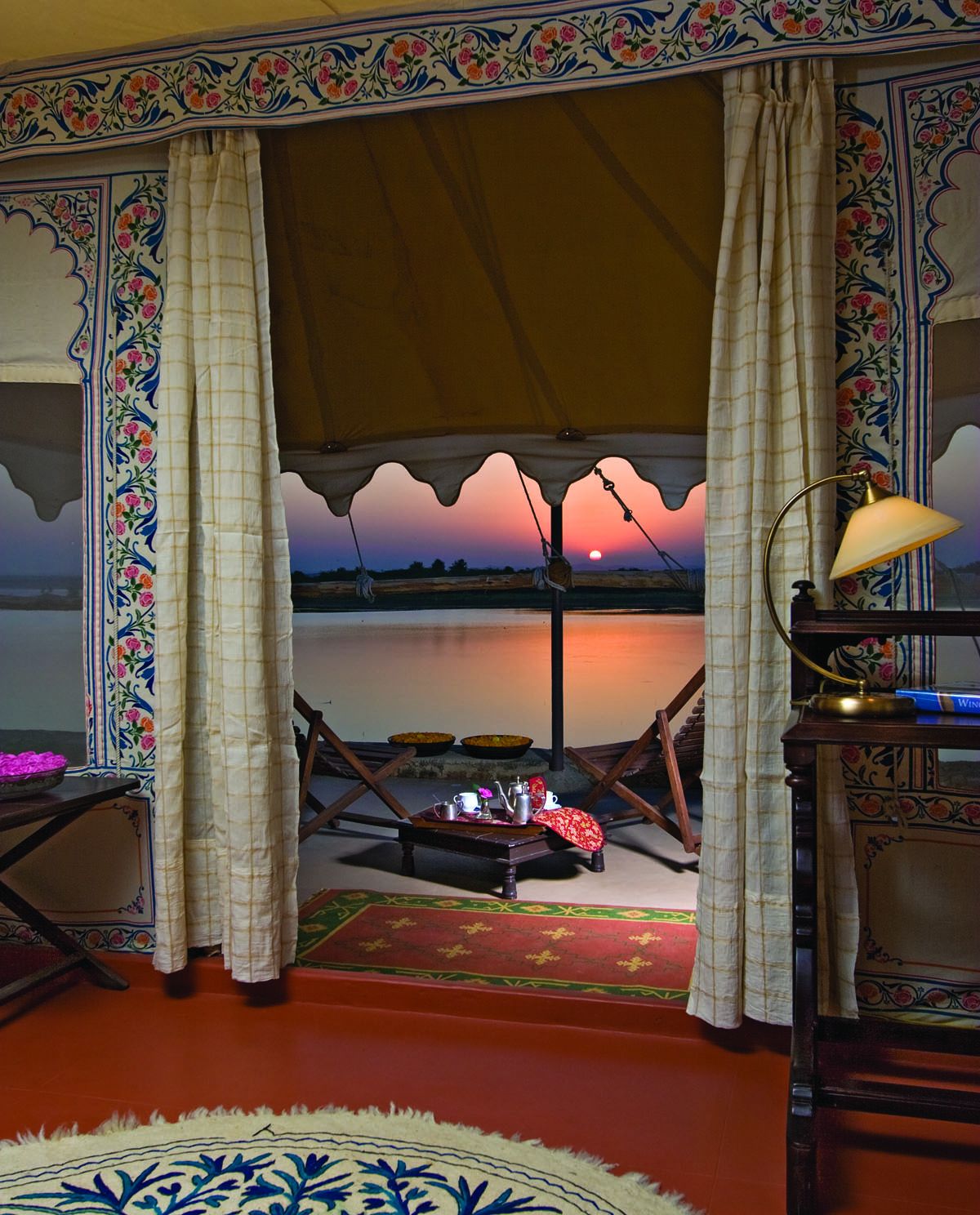 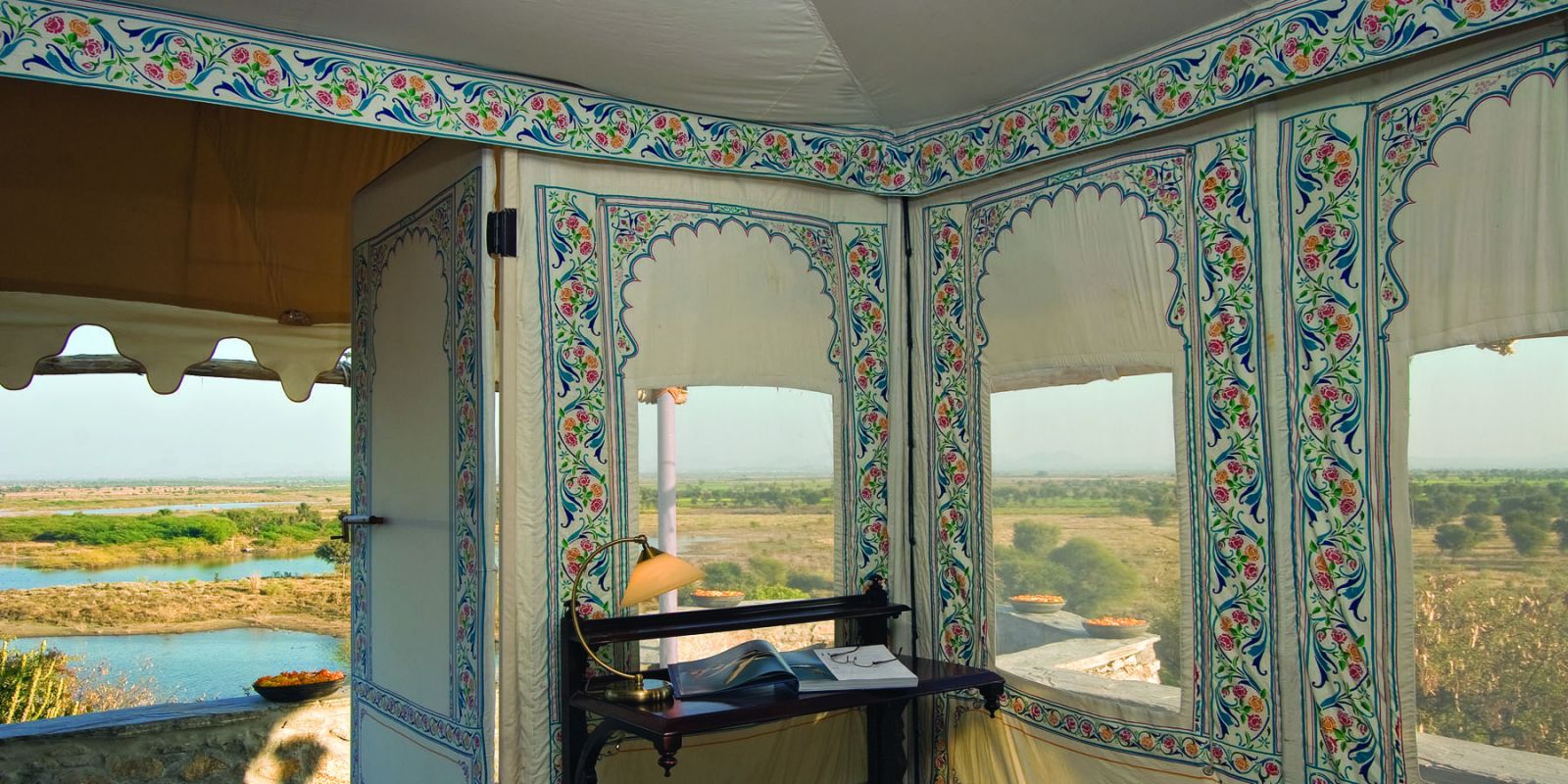 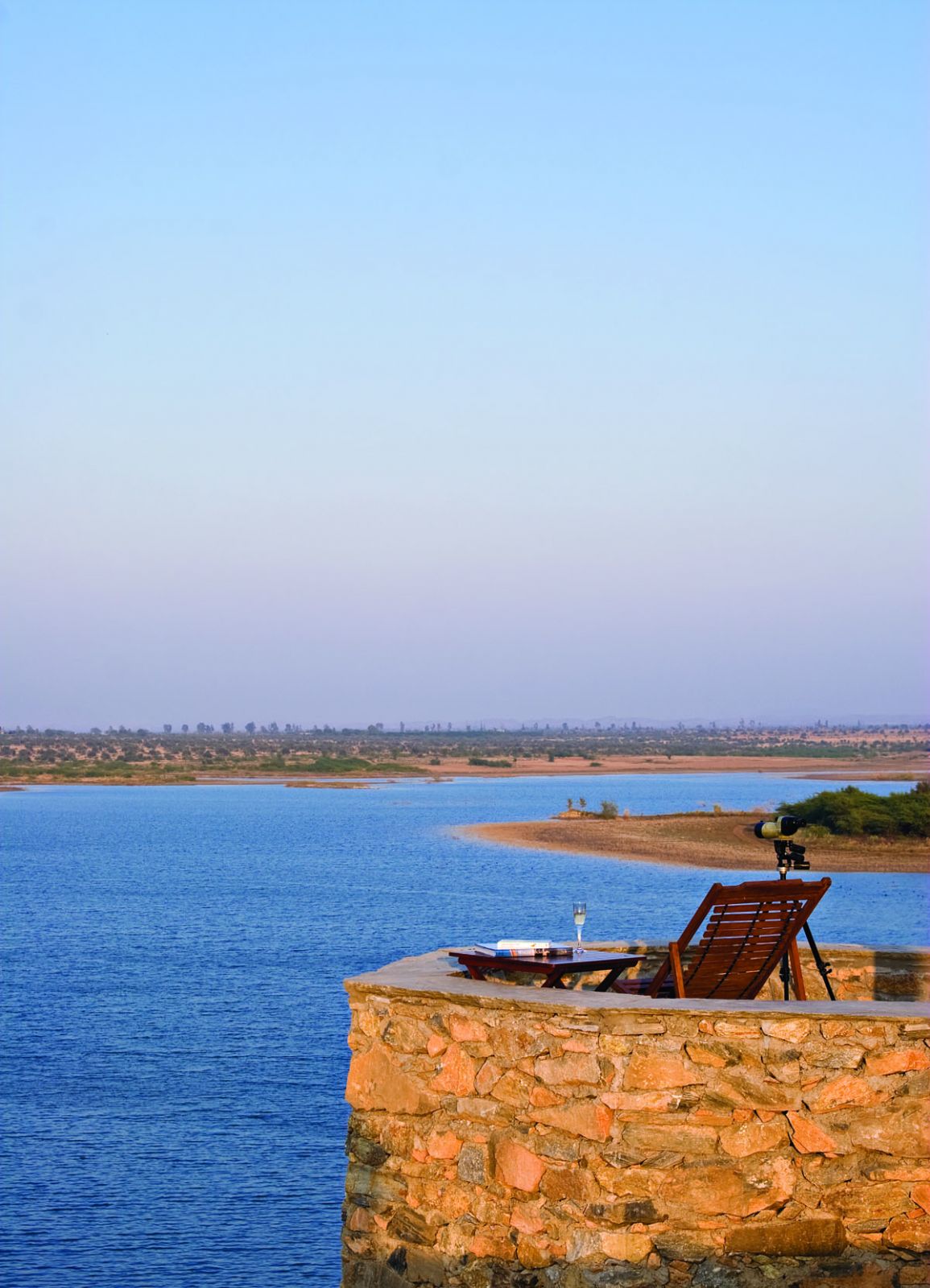 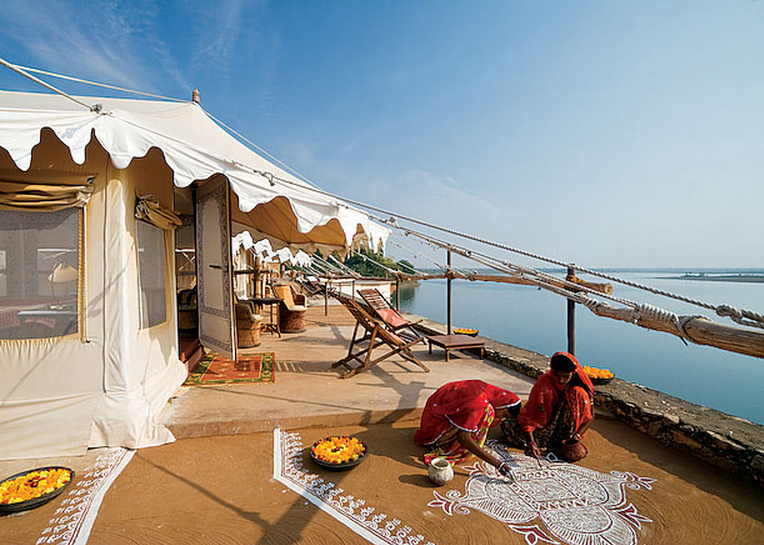 Water is a precious and life giving resource in the desert. Perhaps due to its scarcity, the importance of water conservation and harvesting is deeply understood and since time immemorial, commissioning any project which harvested or conserved water was considered one of the prime responsibilities of those in power.

In the late nineteenth century, Thakur Chhatra Singh of Nimaj, a powerful noble of the desert kingdom of Marwar (Jodhpur), decided to dam a seasonal stream flowing through his estate. His vision was to create a water reservoir which would harvest the monsoon rains. It was an ambitious project and a great drain on his resources but Thakur Chhatra Singh remained true to his vision. The dam was completed in 1890 and changed the dry scrub into prime agricultural land. Farmers struggling for sustenance on parched lands were invited by Thakur Chhatra Singh to settle around the reservoir.

The reservoir was named Chhatra Sagar in his memory.

By early twentieth century Chhatra Sagar had developed into a lush green oasis. With its wide open spaces and enchanting views, it became the entertainment venue of choice. To capture the outdoor “big sky” feel of the place, permanent construction was deliberately kept to a minimum. A fresh luxury tented camp was created for each party. For many dignitaries visiting Nimaj, “Camp Chhatra Sagar” was the highlight. Legendary sporting parties with high tea and exotic dinners became a regular feature.

The famed “Camp Chhatra Sagar” has been recreated by the great grand children of Thakur Chhatra Singh. All tents face east overlooking the lake and have private sit outs offering panoramic views. Each tent is carefully hand stitched with interiors block printed in traditional floral motifs. They are spacious, comfortably furnished with locally crafted furniture, and have well appointed private facilities. Two of the tents are set atop a hill providing complete privacy and a breathtaking 360 degree view.

The camp has 11 guest tents on the dam and two on the hill.

The descendants of the people invited here by Thakur Chhatra Singh still live in settlements
around Chhatra Sagar. Predominantly farmers and shepherds, they live a self-contained and
harmonious life which has changed little in the last century.

Chhatra Sagar continues to recharge their wells and provide water for their livestock.

Water is a precious and life giving resource in the desert. Perhaps due to its scarcity, the importance of water conservation and harvesting is deeply [..]

from €237
Book Now
19 people have already booked this property